Who’s Who: Trent ( The Netherlands)

Meet Trent. This talented film making Dutchie bares the title of our competition’s first ever “Green Film Maker of the Year“. And for good reason. Trent entered our 2012 Green Film Making Competition with not one, but two short film projects which he was aiming to produce with sustainability in mind. In his role as jury member in the 2013 edition of our competition, he has been able to draw on his ‘greening’ knowledge as well as his available resources as founding producer of the ‘Netherlands Film Institute’. This is a green film maker with experience, and one that we can learn from. 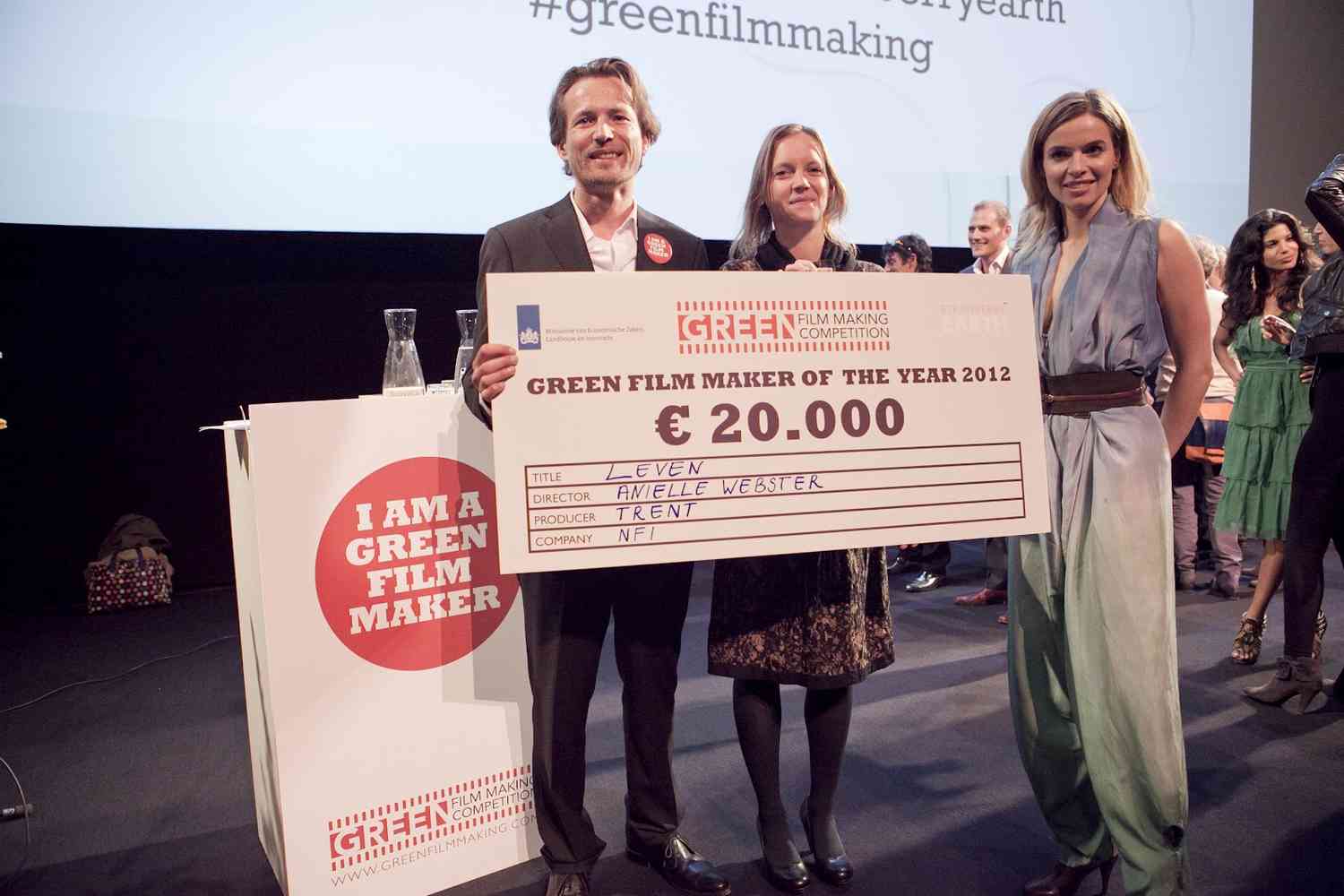 The sustainability platforms of both projects entered into the competition evolved quite differently for Trent throughout production. This has worked to broadened the scope and diversity of his experience with sustainable production processes.

In order to breakthrough crew hesitations on both sets however, Trent found that engagement was the key to moving forward. Asking the crew what exactly they were doing, and why there were doing it a certain way, was crucial in breaking down the old and less efficient rituals of production practise. Instead of telling the crew members how to go sustainable with an explicit course of action and instructions, crew members were asked to become an active part of generating the film’s sustainability agenda.

And what happened as a result?

Lighting became an area where huge savings were accrued through diversifying the tools available. Film sets introduced shooting methods which used only natural light, and LED lighting- lighting technicians were initially not a fan of either! Though the lighting department kept 1-2 traditional lights on set for production security, mirrors were used to multiply and focus the intensity of the sun’s given natural light – nice! Pani lights were used where possible; though expensive, these lights do not require a generator, and the related energy savings are huge. Those who were initially resistant to these new approaches of production became increasingly engaged, and after about a month or so started asking deeper questions about the manufacturing processes behind even the film equipment being used. The best part about this exploration into sustainable alternative lighting techniques, was that the new approach did not compromise the artistic integrity or expression of the film’s creatives. Trent appreciates however, that such outcomes with the experimentation of new production approaches are easier to harvest on smaller sets; like those of the short films entered in the 2012 Green Film Making Competition.

Set transportation for Trent was a particularly challenging area to address, yet one of the most pressing, as it often has one of the largest carbon impacts for a shoot. On one of the film shoots, seven cars were used to transport just nine people as co-ordinating the needs of different set crews was extremely difficult. The art director needed to arrive on location before the rest of the crew in order to dress the set, while the actors could arrive closer to the actual shooting time. With different call times, each department required their own vehicle. Though the logistics of minimizing emissions accrued by set transport were unsuccessful, green gas and public transport were used when possible.

So what about the savings?

Trent admits that for him, sustainable management of sets did not actually cost money, and did not save money either. Still he believes that being given time to further develop sustainable practises on-set, can lead to big savings where efficiency is maximized through more developed applications.

And savings can be made in other ways too. For example, there are government subsidies within The Netherlands that are granted to projects and initiatives with a green or environmentally sustainable focus. These subsidies and grants are not specifically geared to finance film production but, can be used to do so when taking a sustainable production approach. Similar funds are offered to green companies, and could be applied to green thinking film production companies – such as that which Trent has established at NFI. At current, he is working with a subsidy that has been provided as sustainability research funding. Such funding is being applied to his films, as he explores the sustainable savings which can be accrued through diverse methods of production colour correcting processes.

What does Trent believe to be the necessary ‘next steps’ into the development of a greener film industry?

Networking, lots of networking. Trent confidently asserts that it is only by working together, and exchanging information based on the research projects of a wide array of sustainable sets, that Green Film Making will evolve to the next level of development.

He also emphasizes a need for more related financial reports, in order to make a case on behalf of business. He suggests that each department do specific research into how much money they can save -along with resources- on a most efficient green set.

Taking a lead from the U.K’s actions., Trent wants to see an established industry standard for green production practise applied to more international film making communities. This will set a precedent for green film making practise, while generating a new space through which green thinking film makers can connect and materialize.

His advice for film makers who want to go green?

“Start now! Don’t allow yourself to get stuck in the fixity of how things have always been done on-set. Start thinking about the sustainable approach right now, because it is much easier to make your film green if you clarify your goals from the beginning of pre production.”